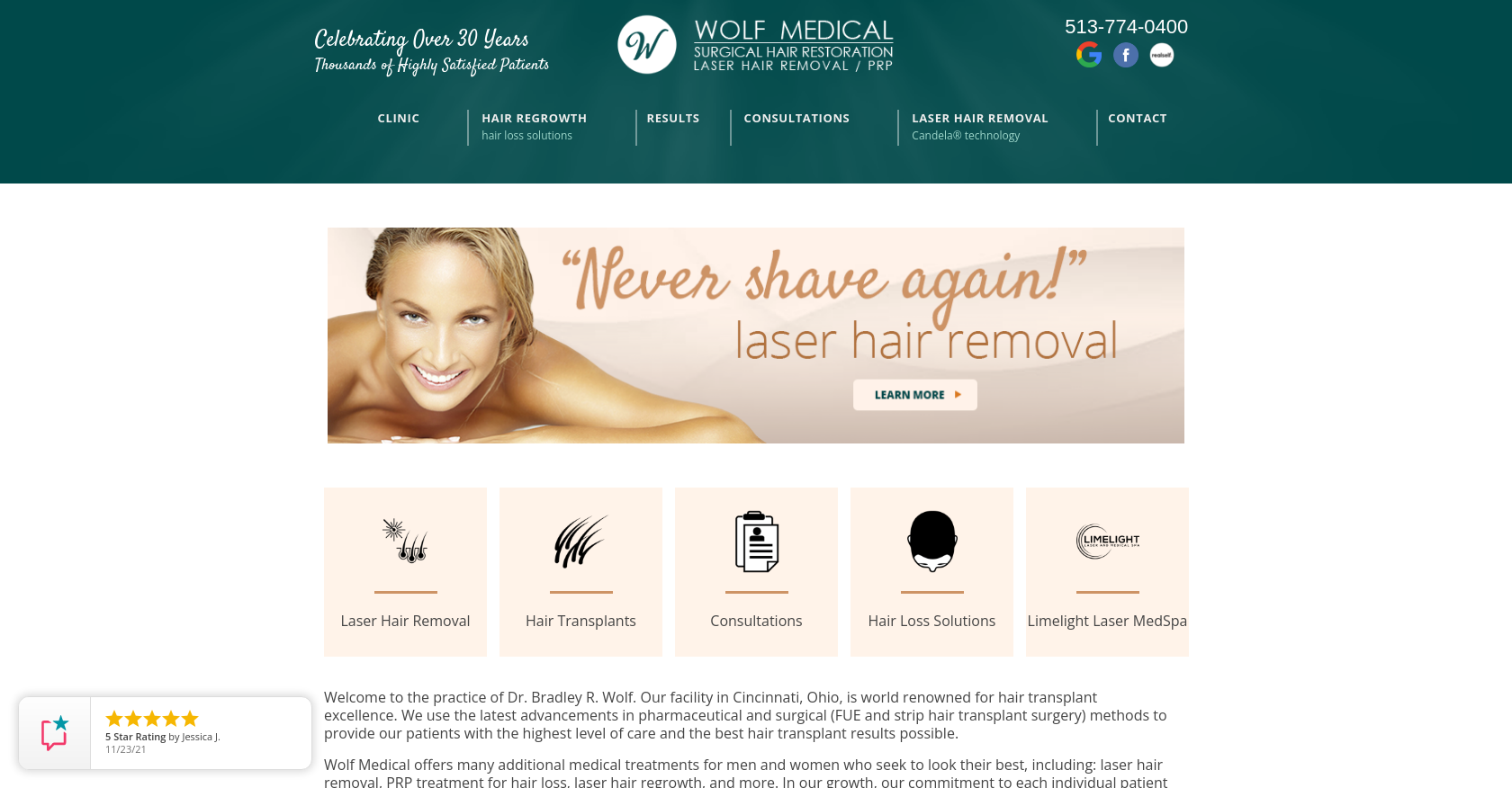 Bradley R. Wolf M.D. has been treating hair loss patients since 1990. He has presented over 40 lectures at meetings throughout the world, was director of all workshops at the 2002 ISHRS meeting, director of the Hands-on FUE workshop ISHRS 2012 meeting, and served as faculty at eight other ISHRS workshops. He is the author of the Anesthesia chapter in the 5th Edition of“Hair Transplantation”. In 1997 he was awarded a Research Grant by the ISHRS. A past member of the ISHRS Ethics and Website committees, he is a current member of the CME and FUE Research committees. For poster presentations he was awarded first place at the 1999 ISHRS meeting in San Francisco, second place in 2012 at the Bahamas, and third place at the 2008 meeting in Montreal. He is Board Certified by the American Board of Hair Restoration Surgery (ABHRS) and was a member of the Board of Directors of the ABHRS from 2000-2005. He recently fulfilled the requirements for Fellowship: ISHRS (International Society of Hair Restoration Surgery/FISHRS).As a consultant to Proctor and Gamble since 2007, he has participated in numerous studies. He recently instructed physicians in Singapore for a P&G study.