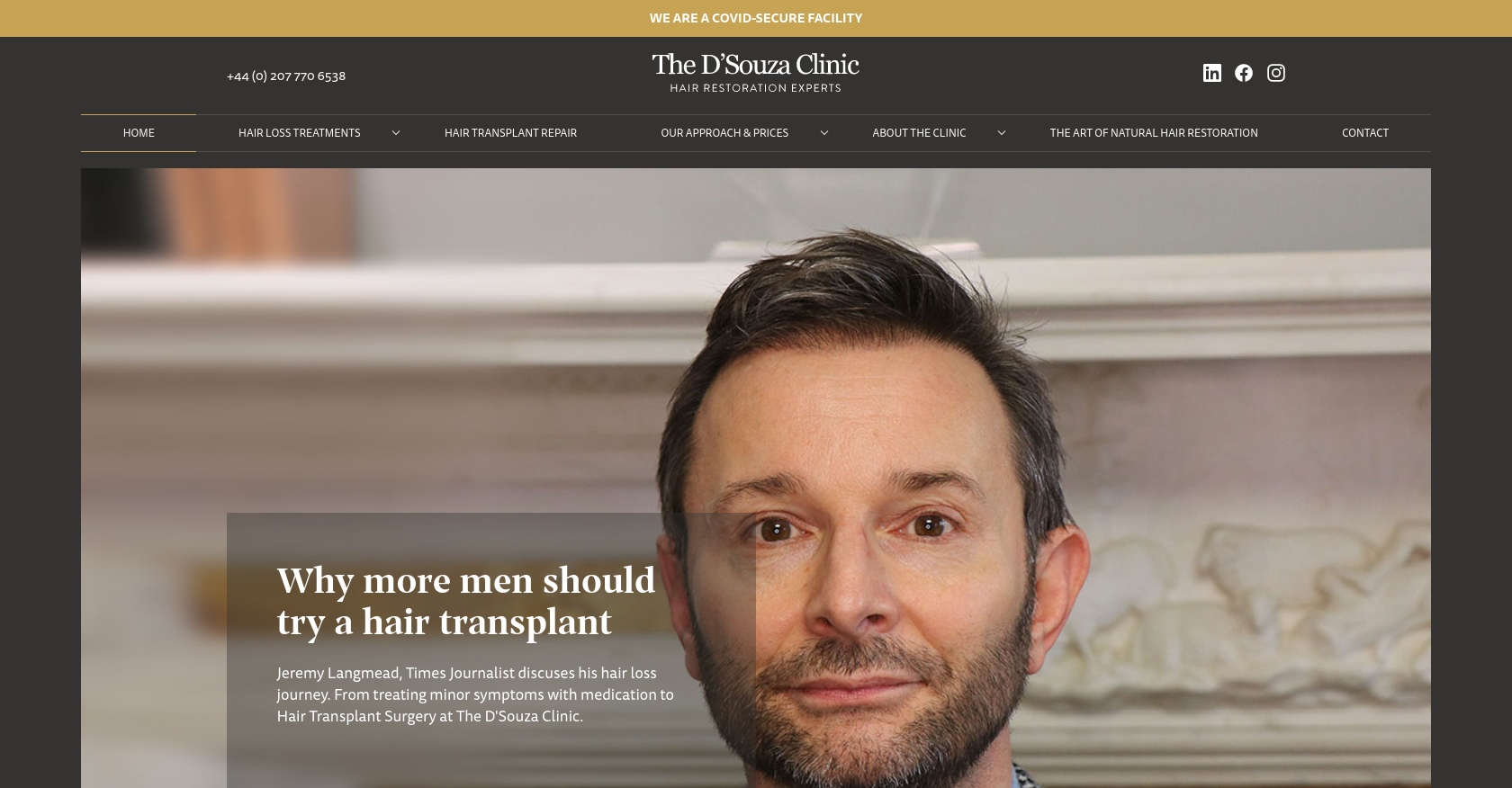 Mr Christopher D’Souza is an award-winning hair transplant surgeon, with extensive experience in Follicular Unit Excision (FUE), Follicular Unit Transplantation (FUT) and Robotic Hair Transplantation, ARTAS. Mr D’Souza graduated from Barts and the London School of Medicine & Dentistry in 2006. He embarked upon a surgical career, training in a wide range of surgical disciplines such as plastic surgery, trauma & orthopaedics and maxillofacial surgery, before completing his membership exams to the Royal College of Surgeons in 2010. He then moved to South Africa to further his clinical skills gaining considerable experience in burns and trauma surgery, returning to the UK in late 2011 to pursue a masters degree in surgical science at Imperial College London. After completing his masters, Mr D’Souza returned to the NHS as a clinical fellow in the plastic surgery unit at Chelsea & Westminster Hospital, before moving into the field of hair restoration in 2014. He started his specialist training in hair transplant surgery at Ziering Medical in London. He trained in both surgical techniques of hair transplant surgery, Follicular Unit Excision (FUE) and Follicular Unit Transplantation (FUT) as well as Robotic Hair Transplantation, ARTAS. During his time at Ziering Medical Mr D’Souza performed hundreds of surgeries both FUE and FUT, refining his technique and immersing himself in his specialist field.Mr D’Souza practises exclusively in hair restoration. He was awarded the James E.Arnold, M.D. Award for achieving the highest score on the written component of the American Board of Hair Restoration Surgery exams and is regularly featured in the national press. Mr D’Souza is a member and Vice President of the British Association of Hair Restoration Surgery (BAHRS), a diplomate of the American Board of Hair Restoration Surgery (ABHRS), a member of the Royal College of Surgeons (RCS) and a member of the International Society of Hair Restoration Surgery (ISHRS).He is fully registered with the General Medical Council (GMC) with a licence to practise.GMC: 6147588Mr