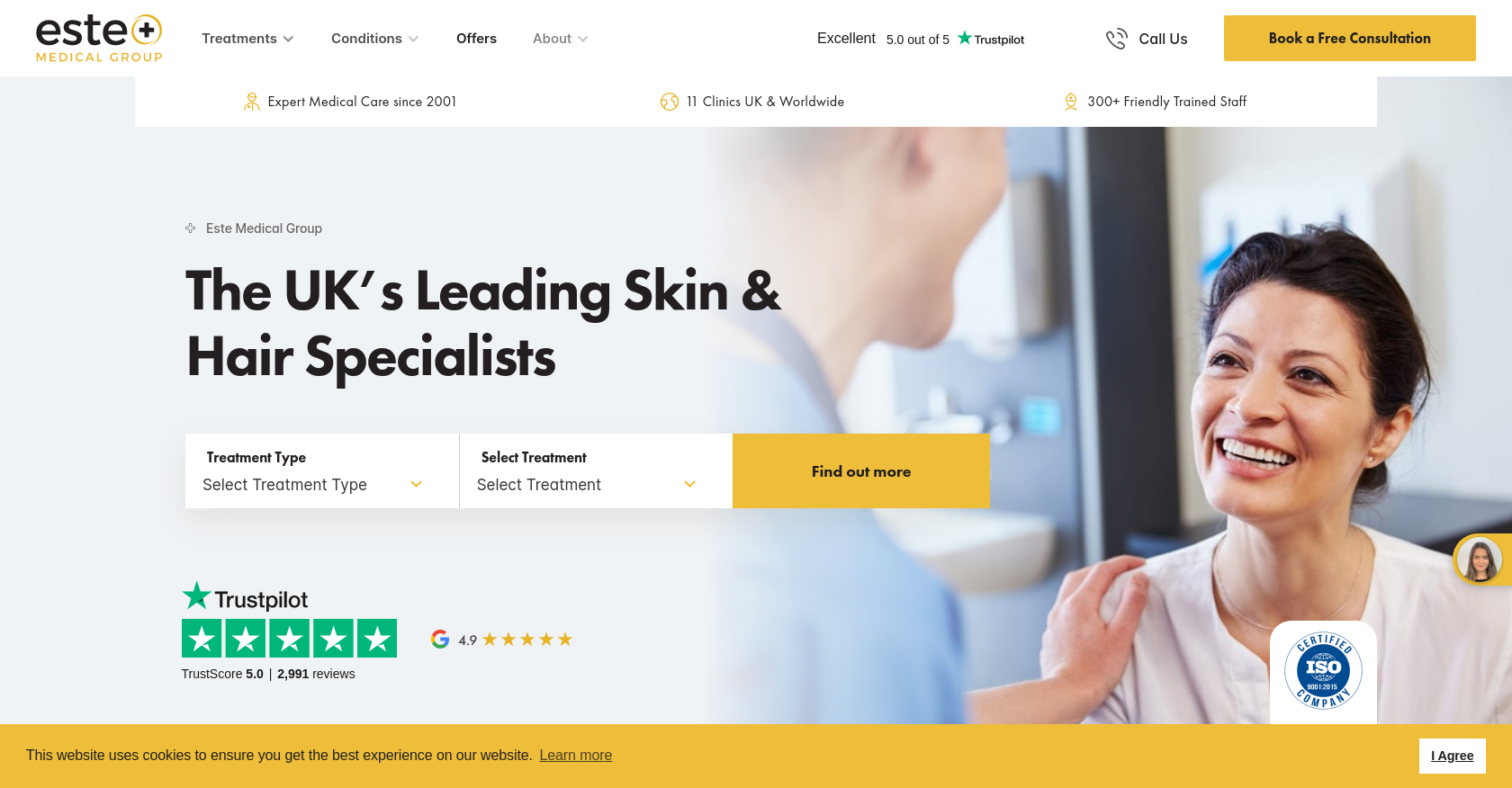 The Este Medical Group was established in Turkey in 1994, and since then has grown to become a worldwide business. Managing Director, Sam Cinkir, joined Este Medical in Turkey in 2012 and opened the first UK-based branch in 2015.At present, there are four branches of Este Medical in the UK – in Birmingham, Leeds, Nottingham and Sutton Coldfield. Within the next five years, Sam’s aim is to open a branch in a minimum of 30 cities and towns across the UK and eventually build a hospital for surgical needs. Currently, all surgeries, hair transplant, and plastic surgery is carried out at the Este Medical hospital in Turkey, where our staff look after the procedures. The UK branches currently look after non-surgical procedures.