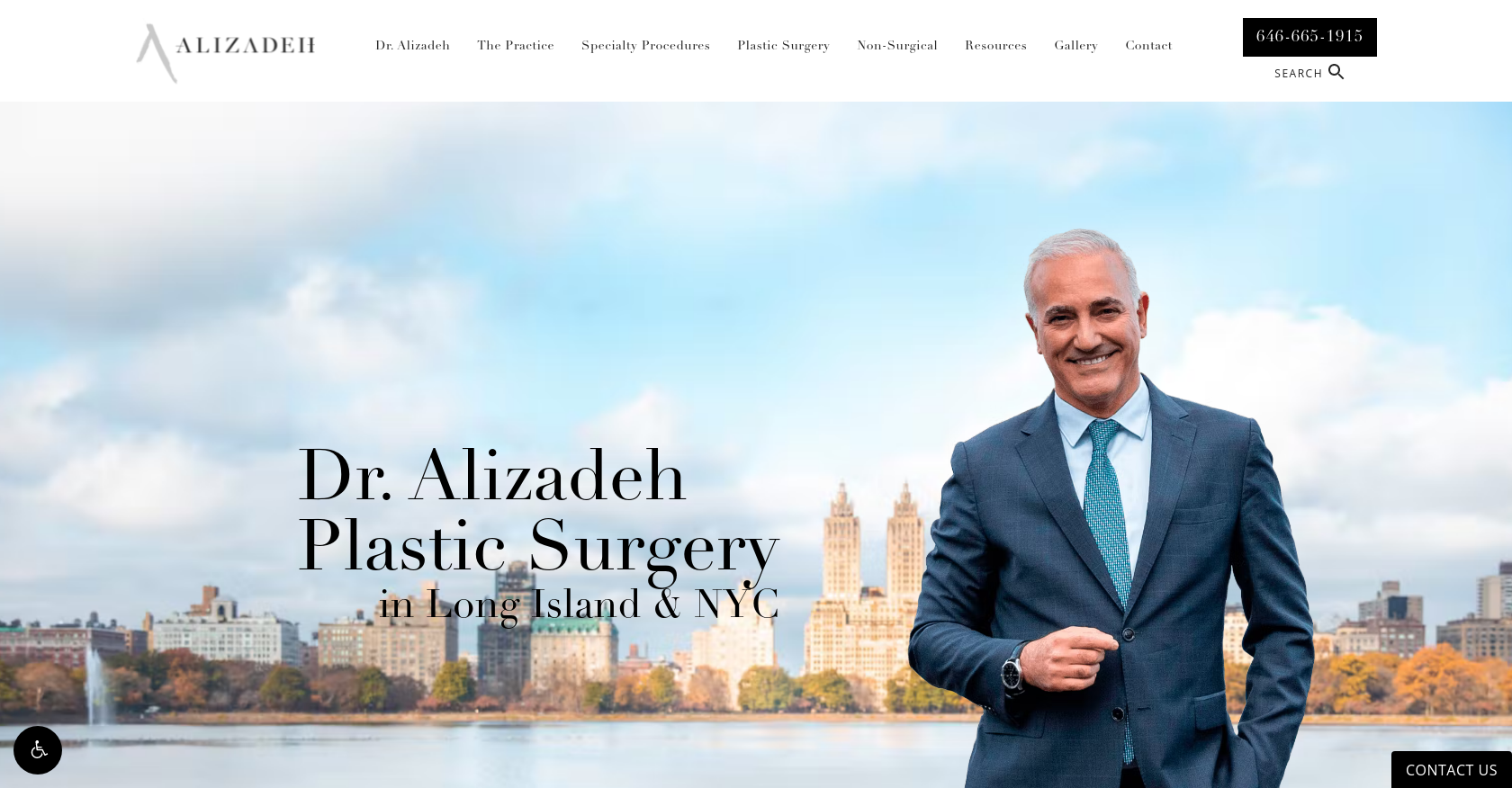 Dr. Kaveh Alizadeh is a board-certified plastic surgeon and Professor of Clinical Surgery at New York Medical College. He served as Chief of Division of Plastic Surgery at WMC Health from 2013-2021 and a partner at Long Island Plastic Surgical Group from 2001-2013, where he was President of the practice from 2007-2013. He has dedicated his career to the field of plastic surgery, having served as associate program director for plastic surgery residency program, as director of the Aesthetic Center, director of the clinical trials department, President of the Greater New York Regional Society of Plastic surgeons, President of the New York State Society of Plastic Surgeons as well as innovator developing long lasting and fast recovery techniques such as the NaturaBra™. He has been recognized by Castle Connolly Top Doctor, Top Doctor by U.S. News and World Report, and was voted by patients as one of the Best Cosmetic Surgeons in the Annual LI Press Awards. In 2009, he received the prestigious Ellis Island Medal of Honor, an award recorded in the United States Congressional Record. He has had the opportunity to present interesting cases and findings on programs such as CNN, CBS 60 minutes, NBC Today Show, Discovery Health, Newsweek, and The New York Times and has authored dozens of publications and given over one hundred presentations on the national and international level.Dr. Alizadeh specializes in a range of cosmetic and reconstructive surgical procedures including breast augmentation, body contouring, and facial rejuvenation. Reconstructive procedures include breast and nasal reconstruction, and migraine surgery. He also performs injectables such as Botox® Radiesse, Restylane, Voluma, Juvederm®, and Sculptra®Aesthetic, for some of which he was a clinical trial investigator.He is the founder and Chairman of Mission: Restore, which provides free medical care, education, and research to help adults and children in need around the world.