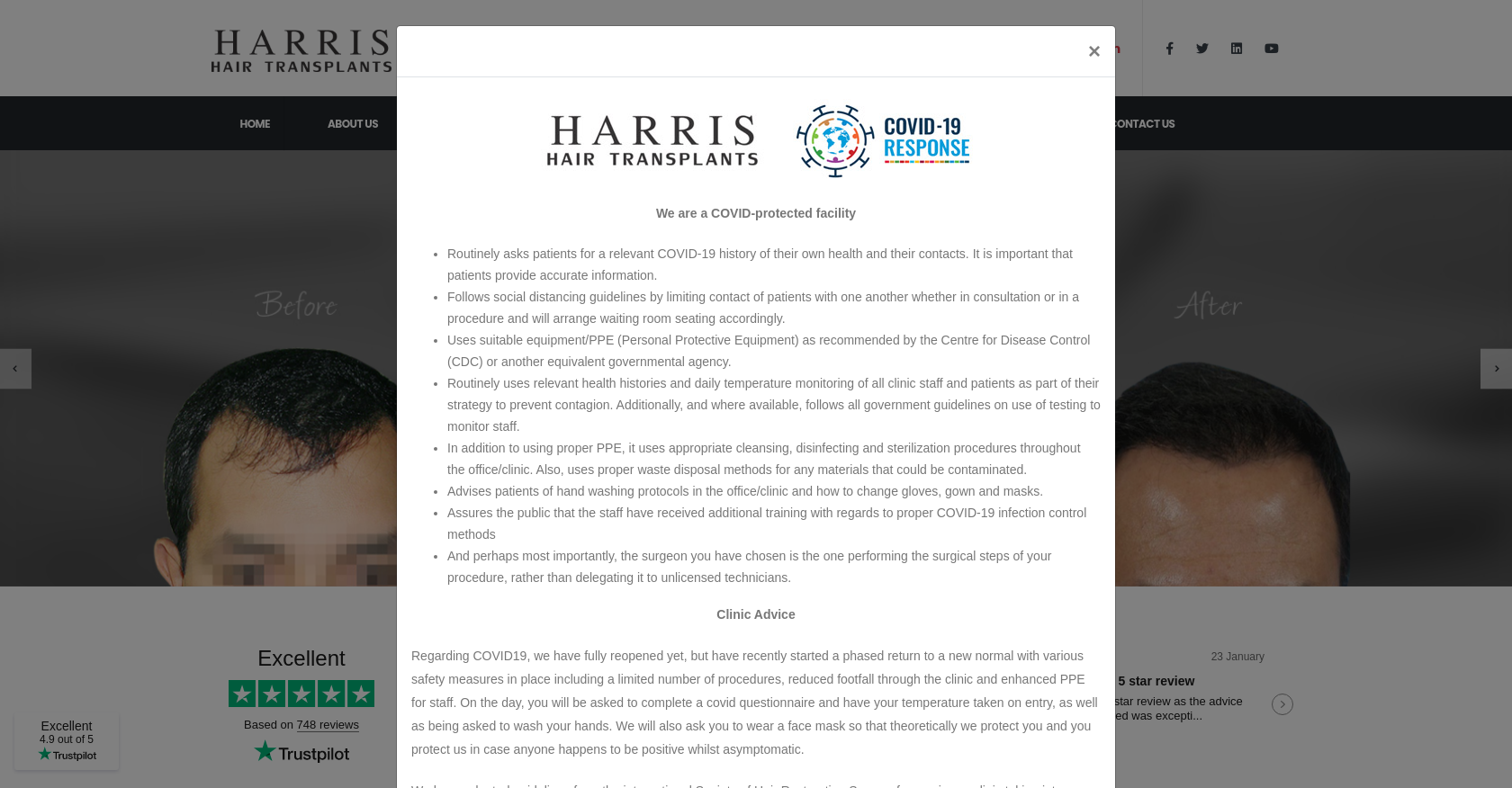 Mr. Harris Haseeb, commonly known as Dr. Harris is one of the few Plastic Surgeons (and probably the only one in the NHS), performing Hair Transplant Surgeries in the UK. This background of Plastic Surgery gives a unique perspective to Aesthetic Surgery, which is only acquired through their training as Plastic Surgeons. Also, working for the esteemed and well-regulated NHS means that he is maintaining the high standards that you would expect from an NHS doctor.Dr. Harris qualified in 1988 and after basic surgical training acquired the highest surgical qualification from the Royal College of Surgeons in Edinburgh. He has been a fellow of this college since 1993.During his Plastic Surgery training he worked in numerous units in the UK and Ireland. Dr. Harris performed his first independent Hair Transplant in 1996, and since that time he has performed over 4,000 procedures. His techniques have ranged from Juri’s flaps to tissue expansion to the old plug techniques in the past. Now he performs both Follicular Unit Transplants (strip or famously called FUT) and the Follicular Unit Extraction (also know an FUE).Since he joined the International Society of Hair Restoration Surgery (ISHRS), he has been regularly involved in keeping his skills up to date through attending their educational meetings. He is also a Full Member of British Association of H air Restoration Surgery (BAHRS), which is heavily involved in regulating doctors performing Hair Transplant Surgery in the UK. His details can be found on their websites.Dr. Haseeb (or Mr. Haseeb in the NHS) is employed at The University Hospital in Nottingham as a Plastic Surgeon. He is very much involved in Hair Transplants in Burn Victims or people with other atypical hair losses. His details can be found at Nottingham University Hospital’s website, and his General Medical Council details can be found on GMC’s website.